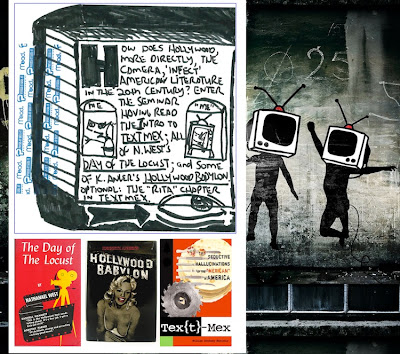 The irony of the not-safe-for-work cover is not lost: the videographer, ostensibly there documenting the violent scene {for Fox News?}, is actually there for us to see and watch.

Well, not even that, she is there so that we will pick up the comic book and pay for it at the counter and take it with us.

And the "we" in the statement previous is further qualified by other ironies--these dependent on who is doing the watching and who is getting the pleasure.

Semiotic conundrums like these make for an Eyegiene festival in the early 21st century.