Posted by William A. Nericcio at 10:26 AM No comments: 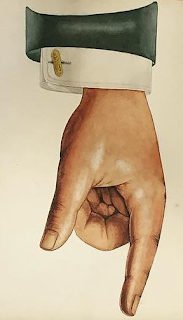 Ghost in the Mirror
Gilbert Hernandez's Errata
Stigmata Revisited
William A. Nericcio
16 May 2019 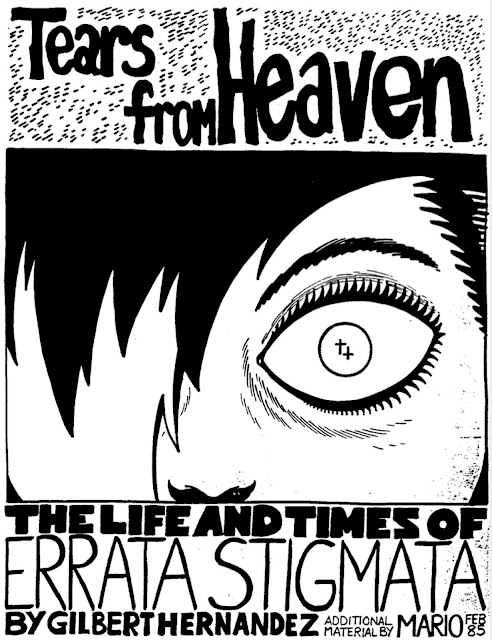 Can it ever be written that a comic book panel, or a series of them, changed the career of an English Professor? 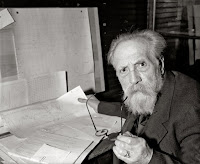 Mind you, please delete the image of a be-tweeded, bearded, white man with leather patched elbows, pipe, and avuncular grin. I am a down and dirty creature of the U.S./Mexican border, and while not quite “street” I am a little scruffier than your average Ivory Tower dandy gringo.

But it is the comic I pick up in 1985—the one with Gilbert Hernandez’s “Tears from Heaven: The Life and Times of Errata Stigmata” that breaks my mind, or scars my synapses, or wounds my ocular ontological core. 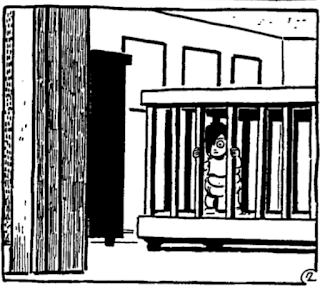 Errata, a young girl growing up in a fictional Central American town called Palomar (think Mayberry with sex, drugs, and aliens), witnesses the stabbing murder of her parents by a serial killer named Tomaso (we don’t know this in 1985—I would argue that Beto, aka Gilbert, doesn’t know this in 1985, or has not dreamed it up yet).


In that instant, in that witnessing, everything goes to pot, and her destiny is sealed.  She grows up as a precocious young adolescent being raised by a Jewish-American uncle and utterly abusive aunt, Zephie, in the United States. 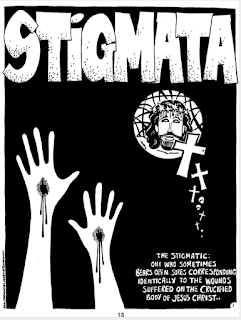 The result of her murder-filled witnessing?


She suffers from the stigmata, hence her name, that is, she bleeds from the sites associated with the crucifixion of Jesus.


In the panels here, lifted from the original comic, Hernandez focuses (pardon the pun) on the connection between seeing and being: the ocular and the existential.

In the last panel, the one I have dreams about, a dislocated, disembodied eye explodes with viscera across a mutantly giant television screen with Errata mutely witnessing.  I have gone on to to write numerous articles and soon, three books on Latinas/os and Visual Culture and I think all of them come back to that panel—the young orphaned witness with her face, unseen, to the screen. 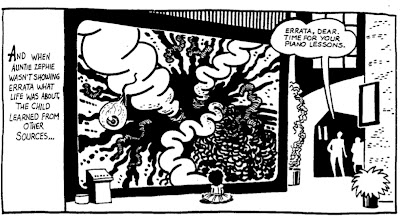 The smartest undergraduate I ever “taught” (I am not sure I taught her anything) the independent film maker Diana Contreras, interrupted me when I was lecturing in class about this panel at SDSU in 1991. I was speaking endlessly about the dialectical relationship between witnessing and being, between seeing and existing—you know the drill: “blah blah blah.”


She interrupts my lecture to tell me and my 120 students, "Nericcio, that’s not a TV screen, it’s Errata’s mirror."


I had nothing left to say.